I always wanted to be involved with movies, but living in the heart of LA or NYC, going to auditions every day before working at the diner is just not AmarA.  No, I chose to take the opportunities that fulfill my dreams as they arise on my life path.

The House on Ghost Hill Road 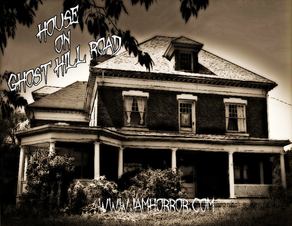 AmArA plays Nora, part of the Fury Paranormal Investigation Team, as they go to the  cursed and haunted House on Ghost Hill Road.  The darkness built into every beam of the house calls to her soul as they explore, but will they be able to bring out the evidence of the night's eery events? 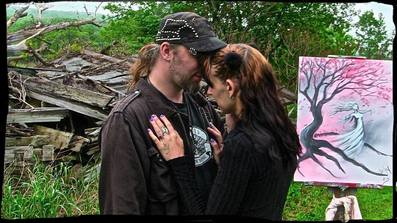 A Fringe Film short
by the Bromp Brothers


AmArA and jk cameo in this short film by the Twilight Zone film makers Mark Berretta and James Osterhout.

After his wife dies, the man hits the road.  Somewhere in the middle of nowhere he is entranced by AmArA painting near the road, while jk circles around with his camera, capturing her at her work. 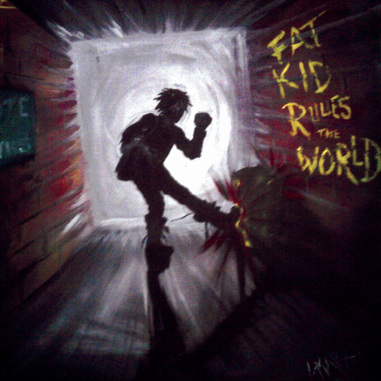 Based on the book by KL Going
Directed by Matt Lillard
To follow all the art and news, like it on Facebook.
Filmed  in the Emerald City, Seattle, WA
Premiered on March 9, 2012 at SxSw Festival
Winner of the Narrative Spotlight Audience award at SxSw


If ever there was a movie created to show an AmArA in her natural state, this is it.
This is the tale of two teens, outcasts by circumstance, banding together to create something bigger and saving each other.  Set in the Seattle punk scene, it features the Emerald City band Whiskey Tango, music by Mike McCready of Pearl Jam, and the artistic/narrative vision of Matthew Lillard. 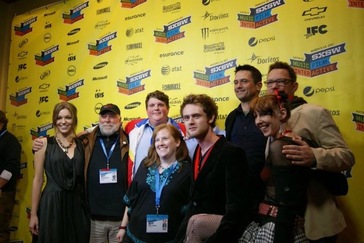 I still am not sure how the movie biz works, but  I do know this: If you are in a movie, you should go to the premiere.

So in March, 2012, jk and I made the trek from upstate New York to Austin, Texas to experience the Fat Kid unveiling as part of SxSw. 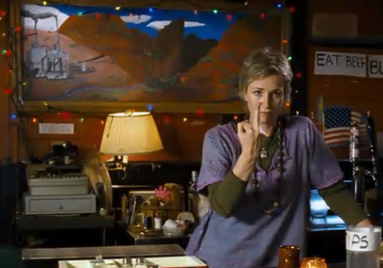 When I lived in Utah, I think I was the only painter in the whole state and I worked on everything from experimental theatre to massive opera. I got a call one day, this movie needs a few paintings.

I did them in the living room of our tiny apartment that used to be part of the servants quarters for a brothel.  I dropped them off at Salty Productions office, and never heard anything more about it, suddenly, there it was on Netflix!


And there was Jane Lynch, giving the finger in front of a piece of (uncredited) AmArA Art!

I wonder what happened to the paintings.
Director Ari Gold doesn't know either. 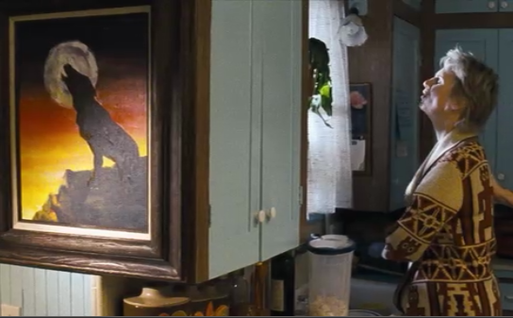